Schools all over the globe have recognised coding and computational thinking as an essential 21st-century skill. To date, we already have a whole range of programs, tools and toys for children as young as seven. But, these are only for sighted children. By the time blind and low vision children can access coding with assistive technology, around age 12, it’s already too late.

Code Jumper, formerly Project Torino, wants to close this gap by enabling blind and low vision children to code alongside their sighted peers at an early age. It’s a physical programming language to make coding accessible to anyone with a visual impairment.

To create code, children connect physical instruction pods and tune the parameter dials so that when the program runs, it creates music, audio stories or poetry. Each Code Jumper set has 15 pods (8 plays, 3 rests, 2 loops, selection, and merge). This small number keeps the focus on the constructs and their execution, rather than long programs.

"We want to give them a tool that all of the children in their class can use together, so they too can code together with their sighted peers."

Each pod was designed to be tactually and visually distinct. The base shell of the pod is the same to accommodate a single, configurable printed circuit board; the top has different slopes and textures along with differentiated placement and number of dials.

Dials each have a distinct texture and are coloured to support those using visual information. This design is careful to avoid disparity between tactile and visual information to ensure all children, regardless of visual ability, play together.

Children not only learn basic programming concepts, such as sequence, iteration, selection and variables but, will also be encouraged to think computationally, such as solving the same challenge in multiple ways. The physical language is accompanied by a scheme of work and a teacher’s guide to enable almost anyone to teach coding with Code Jumper.

After four years of development, Code Jumper will soon go on sale to schools in the UK, US, Canada, Australia and India with plans to roll it out worldwide over the next five years.

"We don't want to take these blind children out of their mainstream classes to code," says Project Leader Cecily Morrison. "Rather, we want to give them a tool that all of the children in their class can use together, so they too can code together with their sighted peers." 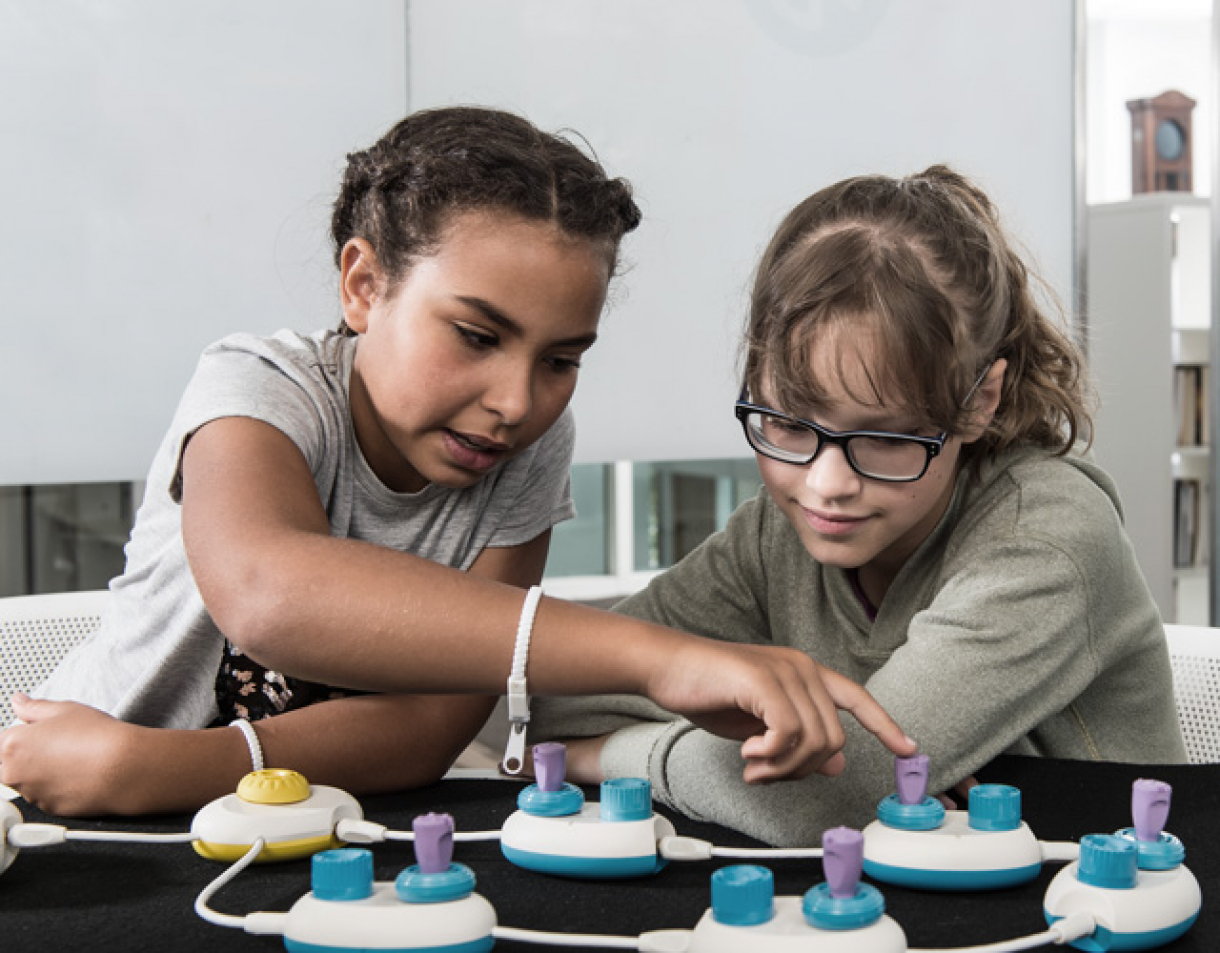