When it comes to farming, there’s always a long story of how the food gets from farm to market. In Africa, smallholder farmers sell their crops for low prices to middlemen who then sell them at urban markets and make a huge profit. In these scenarios, the middlemen are often perceived as the bad guys. But, what if there was a way to make them allies instead?

TruTrade started thinking this way when they took on the task of changing the agriculture profit-making model. Instead of cutting out the middleman, or woman, as businesses often do, they looked at them as the key point for improvement. Among several other issues, it became clear that they often had no liquidity to make big orders and were exposed to unforeseeable market changes.

After four years of trial and error, TruTrade found a way to help “de-risk” the traditional business model for middlemen.

TruTrade is fully digital trading system, leveraging off the wide acceptance of mobile money payments in East Africa. TruTrade secure orders from large food companies and then transmit these orders to middlemen (and women) to buy from smallholder farmers. The middlemen inspect and weigh the crop, before inserting these details and the farmer's mobile phone number into TruTrade’s digital platform. The farmer then receives payment immediately.

"What if we worked with the middlemen, instead of seeing them as the enemy?”

Through this, Trutrade is able to pay an average premium of 15% to farmers, which in turn gives them 15% more than what they received beforehand. The digitisation of this value chain has additional benefits. Other than being able to trace crop purchasing and working as an income verification provider for farmers applying for loans, the system has attracted more women into the field of agri-trading.

Right now, TruTrade is growing fast. In 2018, the company doubled the volume of produce sourced from smallholder farmers, meaning that farmers’ income rose to over €445,000, which is an increase of 350%. They provided marketing services to nearly 2,500 farmers through over 3,600 transactions and became certified as a B Corporation, which means they’re recognised as using business as a force for good.

Trutrade from The Index Project on Vimeo. Music: Lee Rosevere 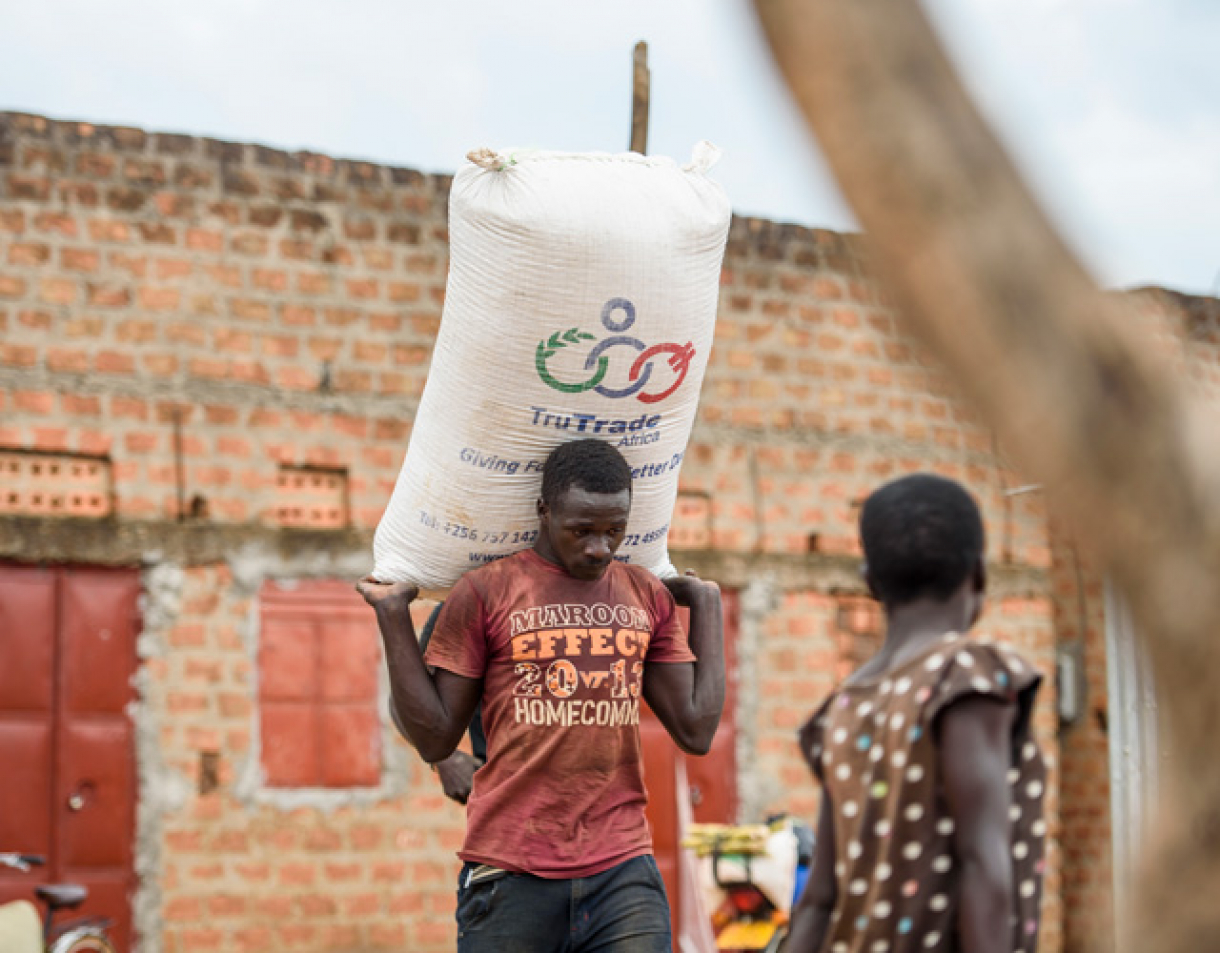 You might also like
Vertical ocean farms that can feed us and help our seas
Greenwave
An international handicraft development project that generates income for communities along the artificial lake of Itaipu in Brazil, Paraguay and Argentina
ÑANDEVA – Three-National Design & Handicraft Project
A tomato farm needing no soil, fossil fuels or pesticides
Sundrop Farms