The way we feed ourselves today is the very reason why someday we won’t be able to. Our current food production model is unsustainable and is accelerating climate change at an unfathomable rate. If we want to eat, we need to rely on something else than just animals and plants.

“What cells can do is magic,” says Pasi Vainikka, CEO and Co-Founder of Solar Foods. Along with his Co-Founder Dr Juha-Pekka Pitkänen, Vainikka and the Solar Foods team have created what some are calling a miracle substance. ‘Solein’ is a new type of protein made out of CO2 and electricity. In essence, it’s food out of thin air. Yes, thin air.

Currently, 25% of the greenhouse gases humans make come from our food production systems. While working in the largest energy research program in Finland, Vainikka realised that even if we shifted the whole globe to renewables, it still wouldn’t be enough to counter the food industry’s impact. To save planet earth from irreparable damage, he had to rethink food production.

“We haven’t really changed how we produce food for tens of thousands of years, since basically the invention of agriculture,” says Vainikka. “What we’re doing at Solar Foods is completely changing how we generate food and how we can disconnect from the process of agriculture, from the concepts of plants and animals.”

“[We're] completely changing how we generate food... we can disconnect from the process of agriculture, from the concepts of plants and animals.”

At Solar Foods, the production of Solein is aimed at doing as little environmental harm as possible, inspired by nature itself. In nature, some organisms use hydrogen as an energy source and CO2 as a carbon source. Solein mimics this process, using natural resources through gas fermentation technology. After the fermentation, the substance is then extracted and dried, resulting in an edible product reminiscent of wheat flour.

The Solein protein consists of 60% protein, 20-25% carbohydrates and 5-10% fats and can be used as an ingredient in existing foods such as pasta, bread, plant-based meat alternatives or even drinks.

Overall, the process is 10 to 100 times more climate-friendly and efficient in water use than animal or plant-based alternatives. And, it’s cost-competitive with almost all proteins.

Currently, Solar Foods are producing 1 kilogram of Solein per day in their pilot plant in Finland but, with the right investments, this could easily be scaled. As the process is independent of climate needs and requires very few resources, Solein can be produced almost anywhere – from the blistering Sahara Desert to the icy North Pole – or even on Mars.

"It’s moon-shot thinking, creating hope in an area where action is urgently needed."

Aside from addressing our global food problem, The Index Award Jury believes the design will spark debate, raise awareness and pave the way for new ways of thinking.

“The solution shows that natural food can be made more efficiently and it challenges what we define as natural,” says Index Award Jury Member Malin Pettersson-Beckeman. “It will inspire others to accelerate a movement around radical new ways of creating food. It’s moon-shot thinking, creating hope in an area where action is urgently needed.”

At a commercial level, Solar Foods will help empower consumers to make more sustainable choices instead of waiting for governments to take action.

As Dr Juha-Pekka Pitkänen, CTO and Co-founder at Solar Foods put it: “I don’t think that politicians can come up with a concrete global action to reduce fossil energy usage. So then we have to. The scientists, the companies have to provide solutions for the consumers to decide.” 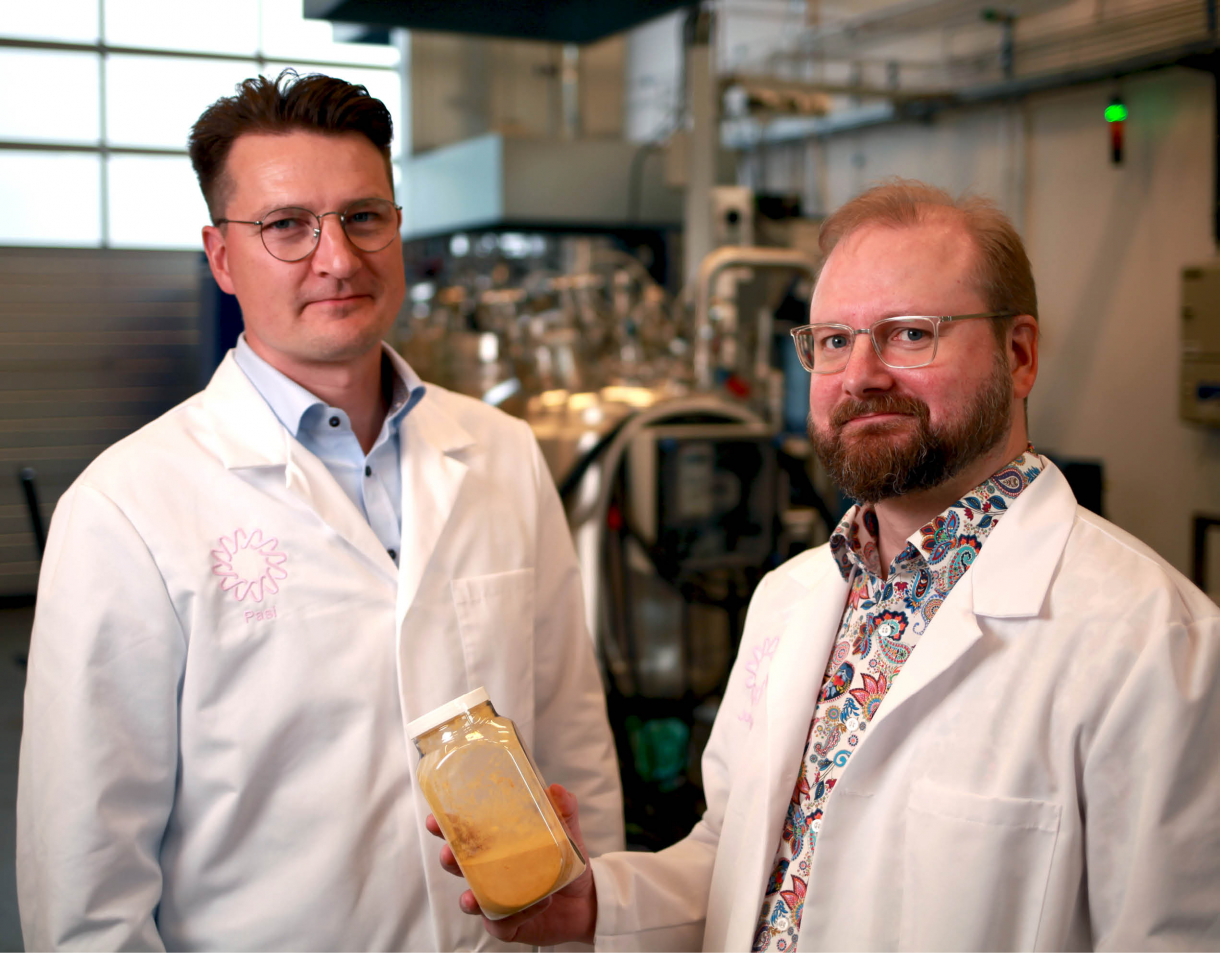 You might also like
An SMS service that helps local stores to buy in bulk, reducing costs and enabling communities to buy healthy food at much more affordable prices.
SokoText
Goodbye food waste!
AgroSustain
New product scanner takes food transparency to the next level
Scio