What’s the design in a nutshell?
The Hegenberger Speculum, named after its Danish inventor and midwife Malene Hegenberger, is a game-changing redesign of a 150-year-old medical tool. The speculum eases the task for midwives of diagnosing and treating genital trauma, like tears, on patients after giving birth.

Why is it needed?
You might or might not have heard about postpartum suturing before, but it's a common operation for midwives all over the world. After giving birth, up to 9 out of 10 women experience tears around the perineum region that need to be stitched.

So far, the stitching has been done with the help of a metal speculum invented in 1845. For patients, the metal is incredibly uncomfortable in an already painful situation. For midwives, the tool is quite inefficient as they have to use one hand to create a clear view of the area for both diagnosing the degree of suturing, as well as performing the operation. This is why the procedure often involves an assistant as well.

Working as a nurse and midwife for more than 20 years, future Founder and CEO Malene Hegenberger consistently came to question why this procedure hadn’t been improved. Like so many others, she started out with some simple materials and glue in her kitchen in 2015, which four years later turned into the Hegenberger Speculum.

How does it work?
Made from smooth silicone instead of metal, the Hegenberger Speculum works by inserting it into the patient’s vagina. It expands the area, so midwives can get a clear visual of the tears and keeps it expanded throughout the whole procedure. This allows midwives to perform the procedure with both hands and without the before crucial help of an assistant. The procedure becomes much shorter and less uncomfortable for the patient as well.

"Women generally don't want to be a bother and there’s a lot of other stuff to focus on after childbirth (...) I think that’s why there hasn’t been much done about it."

How does it improve life?
Childbirth is not only about the new life coming into the world, but also about the well-being of its caretaker. More than 140 million women give birth every year and about 90% of them will experience postpartum tears. Millions of lives are affected by the, up until now, lack of design around this procedure and thousands of lives have been lost due to severe bleeding.

“It’s quite a taboo subject,” Hegenberger said in an interview with a Danish media outlet. ”Women generally don't want to be a bother and there’s a lot of other stuff to focus on after childbirth. They put themselves aside and put the child first. I think that’s why there hasn’t been much done about it.”

What’s the impact to date or projected impact?
The Hegenberger Speculum is currently available for sale in Denmark, Norway, Sweden, UK and Ireland and are looking to expand to even more countries and regions. Hegenberger and her team continue to spread the word on the solution and teach its users how to create a better experience for themselves and their patients. 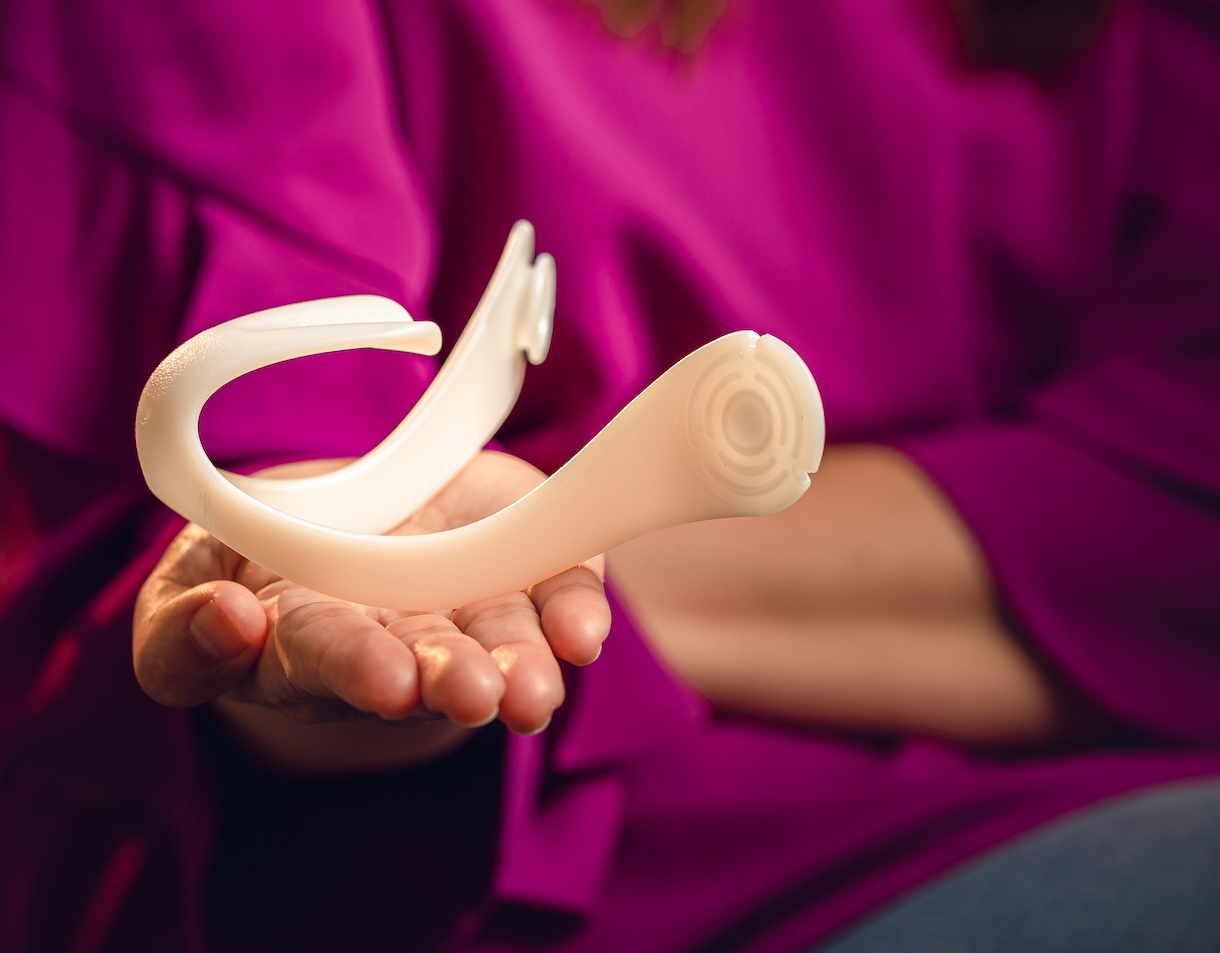 You might also like
Like a hibernating surrogate body with arterial flow, pressure and a pulse
The Lifeport Kidney Transporter
A clean and green birth kit preventing infections and saving lives
JANMA - The Clean Birth Kit
Kelp yarns for a circular fashion future
AlgiKnit
Support our work